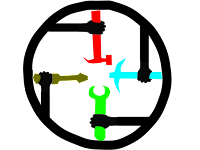 Cosatu Eastern Cape is finalising its mobilisation working with its affiliates for the upcoming one-day national strike , 7th October .

This is in response to many challenges facing workers within our Province and across the world. Workers still continue to work under appalling and unhealthy and unsafe working conditions in both public and private sectors. In our Province ,there are still companies that are using labour brokers and refusing even to comply with the latest so called regulations by government. Farm workers are worse off as they are not treated as human beings with their rights being violated on a daily basis by the farmers.

We will have a march on the 7th October , gathering at North End stadium in Buffalo City Metro at 1000 and proceed to the Department of Labour to hand over our memorandum of demands to both Border Kei Chamber of Business and the
Department of Labour Management.

The following will be amongst the list of our demands:
1. An immediate stoppage of outsourcing by all Provincial Departments
2. An end to the use of private lawyers on ordinary disciplinary cases by the Provincial government
3. Payment of all outstanding service benefits to workers
4. Filling of all vacant funded posts
5. Demand the total banning of labour brokers
6. Demand the Provincial Government to put an end to the planned building of E-toll gates on the wild coast road
7. Demand compliance with Occupational Health & Safety Standards in all workplaces
8. Fight for the scrapping of the Taxation Amendment Law
9. Demand the implementation of NHI
10. Demand the implementation of Free Education.

Posted by ajohnstone at 4:26 AM