The need for union unity 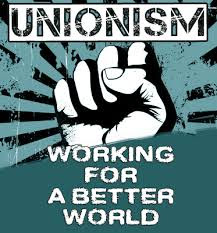 Of these three, only one - the NUNW has bargaining powers - while the other two can only endorse whatever would have been agreed on, although this does not happen quite often.

Tucna was formed as a merger between two major legislative organizations namely the Namibia Federation of Trade Unions (NAFTU) and Namibia People’s Social Movement (NPSM) in May 2002. Tucna is a member of the International Trade Union Confederation (ITUC).

Nanlo was formed about two years ago by the former NUNW general secretary Evilastus Kaaronda. Just like the other two, Nanlo also has affiliates have members drawn from the same constituencies.

Already these powerful affiliates, despite representing same constituencies and harboring same demands, do not agree on many occasions. The division became clear Tuesday after the Namibia Public Workers’ Union leaders accepted the government’s 5 percent salary increase, which the teachers’ union that is demanding an 8 percent salary increase has refused to accept. Although teachers have their own union, they are considered as civil servants together with other government workers represented by the public workers’ union.

Practically, it means that the two unions have to agree on their demands since they both belong to the National Union of Namibian Workers. This is not happening since the public workers’ union leadership accepted the offer, with their general secretary Peter Nevonga saying that they understand the country’s economic situation.

Nevonga met President Hage Geingob Tuesday in Windhoek where he told the head of state that their members have accepted the 5 percent offer. The teachers’ union leaders also met Geingob Tuesday in a closed door meeting that lasted more than two hours but came out with no agreement.

Labor experts Herbert Jauch said the dividing line between the NUNW and Tucna is the question of political affiliation that causes the two federations to operate as rivals and competitors to each other with little prospects of co-operation around common workers’ interests. Workers, Jauch also said, need to assess if the old divisions between unions are still relevant today or if there are possibilities for co-operation, while the labour movement needs to ask itself how it can reach those tens of thousands of vulnerable workers who are still not unionized.
“Failure to address these key challenges might see trade unions losing their relevance as a uniting force to spearhead workers’ interests in Namibia,” Jauch concluded.