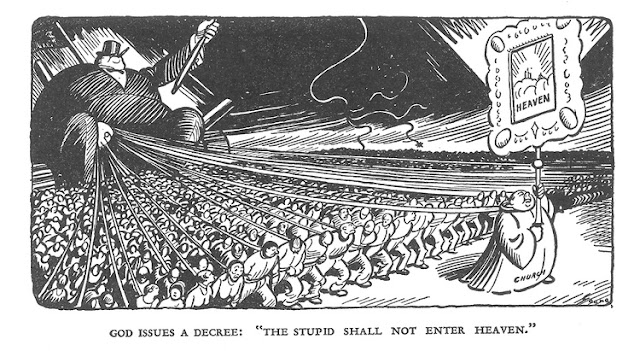 Deya is a 63-year-old, Bentley-driving preacher. The self-styled “Archbishop”, who claims to perform healing miracles at his services across the UK, has raised millions in donations and tax breaks since his charity opened in 1997. The charitable status of his church has already been investigated twice, and he has been fighting extradition to Kenya for years. Allegations against Deya initially surfaced in the Kenyan media in 2004 and he has been wanted by Kenyan authorities since his arrest in the UK in 2006 to face allegations of child-trafficking. Police in Kenya allege that Deya’s “miracle babies” are part of an international baby-snatching ring, connected to disappearances from hospitals in Nairobi.

Kenyan police allege that several children were sold to Deya by women living in slums in Nairobi. According to Radik Malinskow, who works for child-trafficking charity HAART in Kenya, poverty has a large part to play.
“Some of those woman have several children to feed and often they find it difficult to accommodate a new child,” he told IRIN. “The poverty in the slums is very high. Women find it very difficult to cope with the lack of economical resources and some of them have to survive on one or two dollars a day.”

Gilbert Deya Ministries describes itself as a Christian charity that aims to spread the word of God. Its website, which presents Deya as a visionary ordained by God, refutes the “negative publicity” surrounding Deya’s “miracles” stating: “the truth remains he has never been found guilty by the court of law in the UK”. In his 2003 book “Curses of Sexual Sins”, Deya declares AIDS a curse, calls homosexuality an “abomination”, suggests infertility may be caused by “generation curses”, and tells the reader he can help them with “miracle babies”. Despite the controversy surrounding the child-trafficking allegations and Deya’s possible extradition, his ministries have raised more than £10 million ($12.98 million) in the UK over the past decade, some of it public money from British charity Gift Aid tax breaks.

Gilbert Deya Ministries, which is based in London, has a number of churches across the UK, as well as a branch in Belgium. Publications by Deya and his church say there are also branches in India, Zimbabwe, and the United States. Deya has published books, maintains an extensive social media presence, and at one point ran a TV channel carried by Sky. Billboards for his tour in August this year in Manchester, UK, promised “unusual miracles”.

In 2014, Deya’s ministries had an annual income of more than £864,000 (some $1.4 million at the time). About 90 percent of this came from donations. An analysis of the ministries’ accounts on the Charity Commission website reveals “a cocktail of bad accounting”, according to Joe Saxton from nfpSynergy, a consultancy firm for charities. Typically, 70 percent of a charity’s spending is on “charitable activities”, and about one or two percent on governance costs. But, according to Gilbert Deya Ministry’s own accounts, it spent nothing on “charitable activities”, and its governance costs for 2014 were around 30 percent of its income. “An awful lot of questions have come out of the accounts,” said Saxton. “There are strange patterns of expenditure like writing off bad debts, and things that I can’t think of a logical explanation for.”

The Charity Commission’s website reveal that Gilbert Deya Ministries was late filing its accounts two years in a row. For 2012, the charity provided the regulator with its accounts 453 days late. The previous year, the accounts were 152 days late. Alongside this, the “charitable activities” expenditure, compared to its governance and legal costs, has dropped significantly. Its most recent accounts, in 2014, declare that it spent £0 on “charitable activities” in that year. In August, the Charity Commission announced the latest investigation into Deya’s operations, referring to issues related to “safeguarding” – a term used in connection with protection of children – whilst also raising concerns over the charity “selling olive oil to which it attributed healing qualities”. It also said the trustees “have failed to report serious incidents to the commission and to provide adequate responses to the questions raised”. Deya remains one of six trustees of the charity in the UK. Whilst the controversy surrounding Gilbert Deya Ministries persists, the charity continues to grow. Official land documents obtained by IRIN reveal that the charity made more than £3.8 million ($4.95 million) from the recent sale of its property in Peckham, London. It has since moved its headquarters to a Greater London suburb, Sutton. Posts on the Gilbert Deya Ministries Facebook page claim that the charity also purchased 3.54 hectares of land in Sutton, on which Deya says he aims to build a hotel and a petrol station.

Deya’s wife has been in and out of court and prison in Kenya on child-trafficking charges. Mary Deya was initially arrested in 2005. In 2007, she was sentenced to two years in prison for stealing a child and one year for obtaining a false birth certificate. She was convicted in a second case in 2011. In 2014, Kenya’s high court upheld her conviction, and, finally, in 2015, Mary Deya dropped a further appeal and continued to serve her time.

Attempts to extradite Deya to Kenya to face child-trafficking charges appear to have stalled. The Kenyan authorities requested his extradition in 2007. Deya appealed, stating that the extradition would breach his human rights and suggesting that his connection to Raila Odinga, the previous prime minister of Kenya, meant he could face torture back in his native country. Although he lost the appeal, the Home Office has never followed through with the extradition. In 2014, Kenyan media reported that one sticking point was that the UK had requested that Deya be held in one of two higher-standard prison facilities. the UK Home Office told Deya’s local MP that it was “considering further representations from Mr. Deya” claiming that his extradition would breach the European Convention on Human Rights.

MP David Lammy, told IRIN.
“Clearly there needs to be a review of how this despicable child trafficker and fraudster has been able to run rings around judicial and regulatory systems for so many years,” he said. “We should never forget that Gilbert Deya’s victims are innocent children who will have to live with his actions for the rest of their lives.”