There’s power in the union 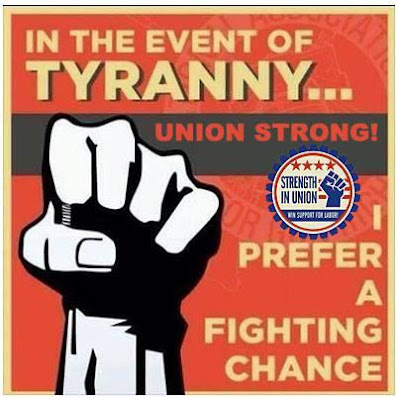 Copper mining remains the dominant economic activity in Zambia, a situation that has not changed since 1928 when large-scale mining was introduced in the country. According to a World Bank report released in June 2015, the sector today accounts for more than sixty-five percent of Zambia’s export earnings and eleven percent of its gross domestic product. The mining sector has also seen the largest number of industrial accidents and fatalities in post-colonial Zambia.

The widespread privatisation of the Zambian copper mining sector in the 1990s led to the (re)emergence of foreign mining companies in the country, including several state-owned companies from China. China’s increasing presence in Zambia has also given rise to a number of concerns. Some Chinese mining companies have been accused of maintaining lax safety standards, paying low wages to local employees—especially if compared to other foreign mining companies—and of physically abusing their workers. For these reasons, critics have accused the Zambian government of weakening its safety standards to attract foreign investors, of failing to monitor compliance with safety and labour laws, and of underfunding local regulators.

These critics allege that this has triggered a ‘race to the bottom’ in labour standards. By ‘race to the bottom’, they refer to a tendency where the government reduces the monitoring and enforcement capacity of public regulatory institutions, or enacts lax safety laws, in order to attract foreign investors. They not only argue that the Zambian government weakens safety standards through funding cuts, but they also claim that current regulatory standards are obsolete and that the government intervenes in the decision-making process of regulators to protect Chinese companies from paying penalties when they fail to comply with local regulations.

In April 2005, fifty-two Zambians were killed in an accident in an explosives factory jointly owned by the Beijing General Institute for Research and Metallurgy (BGRIMM) and the Non-Ferrous China-Africa (NFCA) Mining Company—both state-owned companies—in Chambishi in Zambia’s Copperbelt Province. One year after the accident at the BGRIMM plant, five Zambians were shot and injured by gunshots fired by their Chinese manager while they were protesting against low wages and lax safety standards at the NFCA Chambishi mine. In August 2008, more than five hundred Zambian workers attacked a newly built Chinese-owned Chambishi Copper Smelter and burnt down the kitchen of a Chinese-resident. One Chinese and three Zambians working in the kitchen were seriously injured. The protesters claimed that they had been told that the management was going on vacation and abandoning collective negotiations in which workers had demanded changes in safety standards and a reduction in work hours. In another accident that attracted a lot of media attention in 2010, a Chinese supervisor at the Collum Coal mine in Southern Province shot thirteen Zambians. The workers at the mine were complaining against the state of safety standards in the mines and their low wages. These accidents and protests have raised serious debate about labour and safety standards in Chinese mines in Zambia.

The formulation of safety and labour regulations in Zambia is based on a state/business-centred approach that ignores the role of non-state actors, such as trade unions, mine workers, local NGOs, and international organisations.

A 2011 study by Human Rights Watch (HRW) has highlighted, Chinese mining companies in Zambia still have further reforms to make in order to strengthen their efforts to mitigate accidents. These include improving the safety conditions of workers hired by subcontractors, reducing the number of casual employees, and cutting the number of working hours.

Trade unions have organised protests, and pushed the issue into the public agenda. In response to these protests, some Chinese mining companies have altered their safety policies and normalised their relations with unions. Furthermore, under mounting public pressure, the Zambian government has introduced labour laws and established structures to strengthen its safety regulatory standards in the last decade.