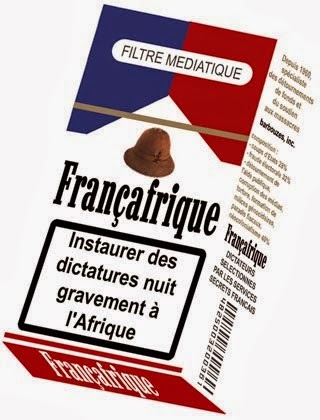 Currently, France has over 3,000 troops spread across five countries in Africa — Mali, Mauritania, Burkina Faso, Niger and Chad — as part of Operation Burkhane, based in Chad. France also pushed heavily for intervention in Libya during the the country's uprising against Muammar Gaddafi, and has been involved in peacekeeping operations in various African countries. France was decisively behind the imposition of a no-fly zone over Libya during the Arab Spring uprisings against Muammar Gaddafi. France's interpretation of UN Resolution 1973, which imposed a no-fly zone over the country, was bolder than either the US's or the UK's position.

In 2008, France moved 300 troops into the Central African Republic's (CAR) capital of Bangui. The soldiers were involved in helping to helping to stabilize the country in the face of rebel attacks spilling over from the conflict-torn Darfur region of neighboring Sudan. In December 2013, France began reinforcing these soldiers in an attempt to stabilize CAR after a rebel coalition overthrew the country's government, sparking a brutal sectarian conflict between Muslim and Christian armed groups. France increased the number of soldiers in the country to 2,000.

French troops have played some role in Chad since the late 1986 as part of Operation Epervier. The operation was designed to help Chad maintain its territorial integrity according to a bilateral agreement signed after Libyan dictator Muammar Gaddafi's failed invasion of the country.  However, French troops never fully left Chad. Instead, the French established a base at N'Djamena, Chad's capital. A contingent of approximately 800 French soldiers remained at the base and helped provide Chadian authorities with aerial surveillance on the advance of Sudanese government-supported rebels, acting as a crucial force multiplier for Chadian dictator Idris Deby during battles in the capital in 2006 and 2008. As part of a global mission to tackle militancy across Africa, France launched Operation Barkhane in 2014 as a continuation of Operation Epervier and Operation Servel. Operation Barkhane will be headquarted at N'Djamena and 1,200 troops will be stationed in Chad.

In 2002, a civil war split the Ivory Coast in half and the French intervened in Operation Unicorn. Peace was largely brokered in the Ivory Coast by 2007. But the country remained effectively divided and French soldiers continued to stay in the country. In 2011, violence again flared as Gbagbo refused to hand over power to his democratically elected successor, Alassane Ouattara. French troops played a key role in removing Gbabgo from power. Under France's reorganization of its military in Africa, the French plan to reinforce their base at Abidjan, Ivory Coast's capital. The base will be used as an entry point onto the continent as well as a logistical support post.

From 1999 to 2001, Djibouti fought an insurgency that was eventually put down with French assistance. Following the war, Djibouti became increasingly stable. France gave operations of Camp Lemonnier, a former Foreign Legion post, over to the government of Djibouti, which then leased it to the US in 2001.  France maintains over 1,500 troops in Djibouti as part of a security force. The French forces in Djibouti have taken part in operations in Somalia, the Democratic Republic of Congo, and the Ivory Coast. A French battle group that includes the French aircraft carrier Charles de Gaulle are currently operating in the area. 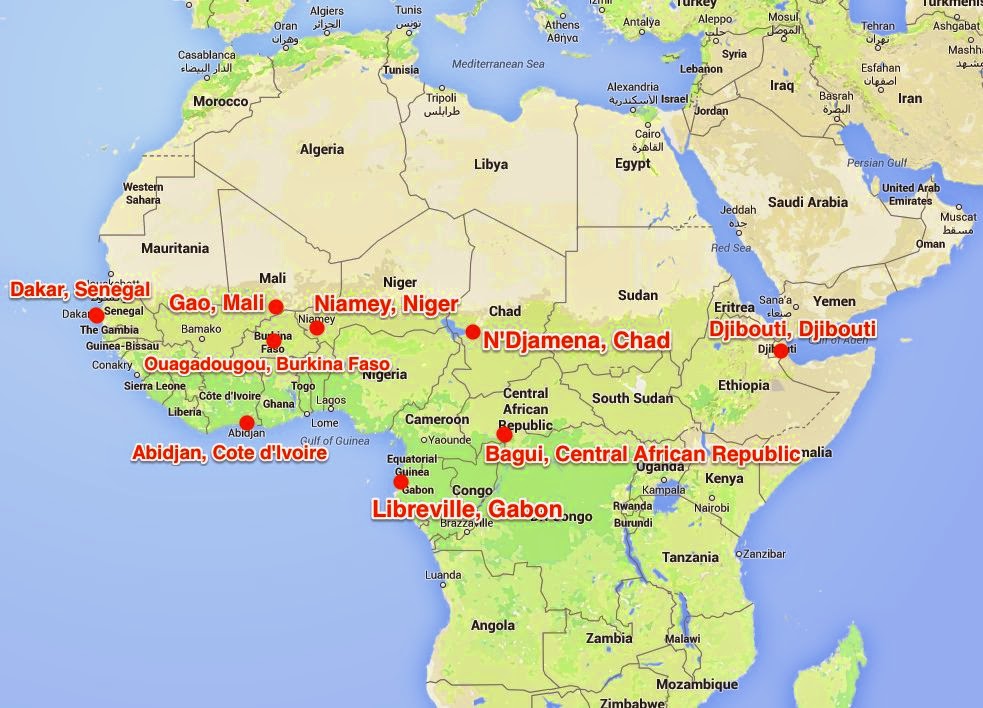 Posted by ajohnstone at 4:13 AM