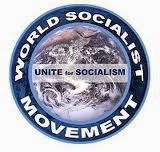 Despite Africa having more than 40 per cent of the world's resources, its people are among the world's poorest people. This situation is the direct result of the collaboration between the current African leaders and their accomplices and masters in the West against the legitimate interests and aspirations of the people.

The term “socialism” has become a necessity in political speeches and writings of many African leaders but what real meaning does the term retain in the context of contemporary African politics? Socialism in Africa today tends to one of general confusion. The idea of developing a nationally based economy with a large state sector is hardly unusual, for ruling elites have long carried out nationalisations and occasionally made limited improvements in education and health care. Nationalise the mines, for instance, is a demand taken up loudly in recent months by the Economic Freedom Fighters in South Africa. It is a demand made by many in the labour movement but to equate nationalisation with socialism is erroneous. Competition and accumulation. This is the underlying dynamic that defines the system, nothing else. The only real alternative to this would be a co-operative system based on community needs. And for this to operate would require the extension of democratic control to all aspects of society: political, economic and social. Whether or not some form of nationalisation would provide any solution is doubtful, but regardless it would not be socialist.

Back in 1880, Frederick Engels, collaborating with Karl Marx, noted: "But, the transformation -- either into joint-stock companies and trusts, or into State-ownership -- does not do away with the capitalistic nature of the productive forces." Engels went on to point out that the more the state takes over the productive forces "the more citizens does it exploit". In cases of this kind -- and the various "socialist countries" as well as apartheid South Africa provide good examples -- the states have (and had) a high degree of nationalised industry coupled with a dearth of democracy. This fusion of state and capital is merely, to use Engels' term, "national capitalist". But this also means that the inevitable conflict between employers and employees becomes revolutionary: workers versus the state.

We know that the “traditional African society” was founded on principles of egalitarianism. Islamic expansionism and European colonialism permanently changed the complexion of the traditional African society. In traditional African society everybody was a worker. There was no other way of earning a living for the community. Even the Elder, who appeared to be enjoying himself without doing any work and for whom everybody else appeared to be working, had, in fact, worked hard all his younger days. The wealth he now appeared to possess was not his, personally; it was only "his" as the Elder of the group which had produced it. He was its guardian. The wealth itself gave him neither power nor prestige. The respect paid to him by the young was his because he was older than they and had served his community longer; and the "poor" Elder enjoyed as much respect in our society as the "rich" Elder. The capitalist, or the landed exploiter, unknown to traditional African society. Capitalistic exploitation was impossible. In tribal society, the individuals or the families within a tribe were "rich" or "poor" according to whether the whole tribe was rich or poor. If the tribe prospered, all the members of the tribe shared in its prosperity. The foreigner introduced a completely different concept, the concept of land as a marketable commodity. According to this system, a person could claim a piece of land as his own private property whether he intended to use it or not.

“African-socialism” was like “Arab-socialism”, an attempt by leftist nationalists to unite “socialism” with traditions. They wished to keep African culture of tribalism intact but under a state system of planning. Julius Nyerere was the first president of an independent Tanzania and also a founding father of “African-socialism.” He nationalised the economy, but gave no power to the working class. His top-down African style ''socialism'' led to huge mismanagement and corruption. This was because the government acted very authoritarian and did not tolerate political dissident. People who protested against the bureaucracy were called ''enemies'' and jailed. Today, the bureaucratic elites offer nationalism and present themselves as liberators. Because they control the state and most of the media, they rule as a dominate party over their nation.

Yet nationalist movements and governments throughout Africa have been completely unable to halt the devastating impact of global capitalism on the continent or to secure any real independence. Africa, a continent with virtually all the resources it takes for development, is the worst hit by hunger, starvation, armed conflicts, instability, population displacement and abject poverty. Politicians, jockeying for the little resources left by the capitalist class, display the politics of hide-and-seek, repression and oppression. This is mainly because of the system which encourages capital accumulation and profit-seeking. The cumulative effect is flagrant corruption, deprivation, wastage and impoverishment which intensifies underdevelopment. No worker can look to Africa without noting that capitalism stands side by side with the most reactionary forces in that blighted continent. Class rule has never been more than superficially concerned with tolerance, morality, equality or justice. But few ruling classes have succeeded in establishing for so long as complete and inexorable an apparatus of police-state control, brutal repression and vicious exploitation as in many of Africa's dictatorships.

The interest of corporate wealth is what shapes foreign policy in capitalist countries. Children are misused and exploited in factories from Asia to the Caribbean to produce everything from tennis shoes to baseballs at wages that won't buy a decent meal and surely not the products they produce. Corporate icons like "Disney" and "Nike" are used to soften the image of the multi-nationals. African people are poor, and are badly ruled. It is also a fact that the continent itself is not poor. Africa is endowed with the world’s most strategic resources; minerals, oil, good soils, weather and fresh water which are routinely exploited. The majority of our people who bear the brunt of the misrule and the dehumanising poverty do not seem to know where to point their accusing finger; they blame it on the devil, as their pastors tell them.

Africa has a fair share of educated people. These are the people that are in positions of leadership. They are supposed to think for their people. Unfortunately, these “educated” people, though not the real cause of the poverty and misrule, are the drivers of these afflictions. The sad part of this fact is that most of them do not know that they are unconscious drivers of these miserable conditions that they, sometimes unintentionally, inflict on their own people. Some of them would genuinely wish to help their people. However, goodwill is irrelevant, if you are not clear about the problem you are trying to solve. Doctors say that accurate diagnosis of a disease is half the cure because you know what you are dealing with. Our educated people do not go for the proper diagnosis of what ails Africa, which is why we can never find the cure for poverty and bad governance.

Today, if you asked an African professor of political science, economics or law or any other scholar, or practising politician, what they think about Africa’s problems, they will without a second’s hesitation answer that it is corruption on the part of the African leaders, dictatorship, absence of democracy or simply leaders who do not want to leave office. They would not give you a functional definition of “democracy”. These answers are, in their short form, correct but simplistic because they cannot give a full explanation of the phenomenon. And without full answers, you cannot fix the problems of poverty and bad governance.

We must come to terms with the fact that we are poor because our resources are stolen, and that misrule is a consequence, not the cause. For sure we can find some of the looted wealth in our leaders’ wallets or bank accounts. What we see in those places is a good and illegal accumulation for themselves and their families, but not enough to account for everything that has been stolen from the continent. Someone else is taking a lot more. To that end our leaders are actually well-remunerated security guards whose work is to keep us down as their masters continue to loot, exactly the way they have been doing since the advent of colonial aggression. National independence was a change of guards. Instead of colonial governors, African rulers are doing the job.

The struggle in Africa will not put an end to all the oppression in the world. But that struggle is part of an international class struggle which, as socialists, we believe must culminate in the worldwide overthrow of capitalism and the establishment of a world socialism. Until that struggle is won, the system of class rule and the nationalism it breeds will remain international —so, too, must the resistance and solidarity of the workers of the world.

The World Socialist Movement wishes you a rebellious 2015 and sends solidarity New Year greetings to all those exploited by capitalism while pledging we will continue our fight for a socialist alternative to capitalism. We invite you to join us in making a New Year’s resolution to fight like hell against the capitalists. There's no time to delay—the time to start organising is now. There is no better time than now to join us and become part of the world socialist movement for human liberation. It is crucial that we join the dots and fight the austerity agendas of the governments throughout the globe and avoid the trap of engaging in multiple piecemeal, single-issue campaigns.

Leaders across the globe use New Year’s Eve as convenient opportunity to echo festive messages of peace and optimism. Capitalism so far has had everything its own way. Racism and xenophobia and nationalism and patriotism and every other tactic of division have been promoted relentlessly over the past year. Whatever could be desired on the political or the industrial field has come to capitalism, and still it is not content. The old year saw the working class defeated in many strikes. It saw the working class, despite the gigantic swing of production, poorer than ever. It saw millions around the globe crawling humbly to pick up the crumbs that fell from the table of plenty during Christmas. It saw more destitution, more misery, more violent deaths, more working people murdered and more families shattered than during any previous year through the criminal and wanton carelessness of the capitalist. Stripped of all, the people now face this, the New Year.

The only ray of hope that lightens the dark sky of the working class is the steadily burning flame of socialism. The hope of a happy New Year to the working class rests on it, and on it alone. It will be a much happy New Year when the workers turn to it and fight for it. 2015 will be a very busy year for the World Socialist Movement in its struggle against the capitalist system. The WSM will continue providing the socialist alternative to capitalism. We wish all our readers a “Happy New Year”. We do so wish them. But such a wish rings better when it is accompanied by a belief that the wish may actually be realised. So, in the spirit of the season, let us no longer follow the whims of those who wish to command and control society.

Workers of the World, unite!


Unite in class war against all war!

Posted by ajohnstone at 2:20 AM