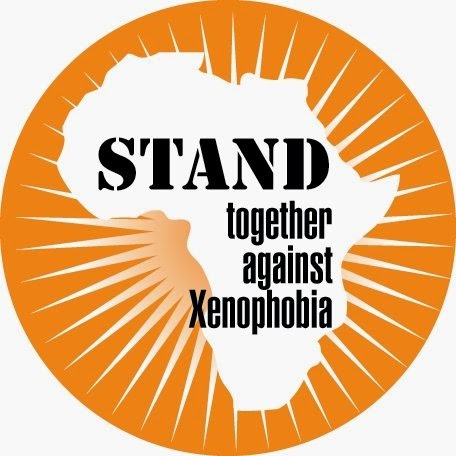 The “fear” of being swamped by foreigners is easy to mobilise on the social or political agenda as a social and security issue. Often, this fear fuels public perceptions in host countries that migrants increase employment competition, challenge religious, cultural or ethnic homogeneity, increase crime or threaten national security. This may result in xenophobic attacks, as seen by the unfortunate situation playing out in Soweto. Are these fears justified? If all the migrants in Soweto were to vacate, will the socio-economic problems of that community’s problems depart with them? Are these migrants not an easy target and temporary catharsis for a community frustrated and disenchanted with lack of state delivery and opportunities?

We still come across figures and estimates which state that for example the number of Zimbabweans living in South Africa is between a one million and four million. Zimbabwe has a population of about 14.15 million. At the high end of these estimates, it means at least a third of Zimbabweans live in South Africa, a dubious claim. According to Chiumia 2013, a report published on the website of SW Radio Africa, it stated that there are between two and three million Zimbabweans living and working in South Africa. Interviews conducted by the Inter Press Service news agency stated that the number of Zimbabwean nationals crossing the border have almost doubled since elections in Zimbabwe. What is often missed by these studies is that “crossing the border” is not a single event but a continuous process. By far, the vast number of people who cross the border into South Africa are also those who cross it back to Zimbabwe and other regional countries within days, weeks and at most a few months. Contemporary cross-border migration within southern Africa, better understood as transnationalism is not premised on permanent settlement in the receiving country but is highly circular comprising of migrants having a foothold in both sending and receiving countries and constantly shuttling between the two.

It takes its cue from historical intensive intra-regional migration dating back to the mid-nineteenth century when new industries were introduced that generated sustained interdependence between labour-supplying and labour-receiving countries in the region. The story of social transformations in the region, therefore, is fundamentally the story of migration; it is the story of human movements that continue to pervade the entire region unhindered by colonial boundaries. No wonder southern Africa has been described as a region on the move. Most cross-border practices by Zimbabweans have occurred in Botswana and South Africa and by Zambians and Mozambicans in Zimbabwe and by Malawians in Zambia and Tanzania. Despite the Southern African Development Community’s rhetoric of free movement in southern Africa, cross-border migrants continue to highlight the tension between the tendency of states to define space as “territory’-accentuating control, order, and security and the tendency of individuals to associate space with “soil”-emphasising free movement, shelter, and subsistence. To migrants, southern African borders are not barriers but windows of opportunities.

These opportunities require migrants to live their lives across various locations. Hence transnationalism is composed of a growing number of persons who live dual lives, sometimes speaking two languages and making a living through continuous regular contact across national borders. Leading transnational, multi-sited lives means that exchanges and interactions across borders are a regular and sustained part of migrants’ realities and activities. This means South Africa is but one of many regular destinations in the transnational migrant portfolios, a regular pit-stop in a nomadic life that might include Botswana, Tanzania, Zambia, Namibia, Dubai and China in the destinations portfolio. These migrants make a living by exploiting the differentials in supply and demand of merchandise, products, seasonal labour among other goods and services across regional and international borders.

Thus migrant-owned spaza shops are not only in Soweto but scattered throughout the region together with flea markets, various import and export enterprises, buying and re-selling businesses among other ventures that feed into the regional informal trade and social network. Transnationalism speaks to a “condition of being”, a condition of constantly shuttling to and from sending and receiving nodes. As such, this movement is so encompassing as to virtually erase the distinction between “here” (home) and “there” (host state). Consequently, transmigrants cannot be neatly placed, they are neither for example, in Zimbabwe nor in South Africa, they are a moving target. This makes home and host society a single arena of social action, a third space between and across state borders. Such “third spaces” or migrant “imagined’ communities represent a theatre where kinship, social networks, cultural trends, and visions of individual and familial futures are enacted. A semi-autonomous space, isolated from the national order of things and populated by increasingly “sovereignty free” individuals whose only link back to the state is a passport.

What does this mean for identity in southern Africa? For traditional citizenship based on continuous residence in a given territory, a shared collective identity and participation in and subjection to a common jurisdiction? What does this mean for migrant identities traditionally associated with settlement in host states? What does this mean for outdated policies and approaches obsessed with quantifying migrants in host countries and inflaming fears of “migrant tsunamis”? We ought to re-think our approaches to migration and realise that permanent settlement and inclusion in host societies are no longer the outcomes of much contemporary migration within the region. Current conditions of flexible accumulation and globalisation economic practices militate against a facile incorporation into a national imaginary. Transnational migrants see southern Africa as a single arena of social action rather than territory divided by boundaries into states. We should realise that embeddedness in cross-border exchange is now a normal part of people’s contemporary social statuses. Transnational migrants are thus front-runners and actors in the regionalisation project with southern African states and state policies lagging behind, hamstrung by narrow, parochial and inward-looking interests. Transnational migrants in southern Africa expose the fiction of state sovereignty daily as goods, people, capital and resources flow freely and continually throughout the region creating flourishing informal sectors that ignore borders and evade taxes. This alludes to the waning of state and society convergence. Migrant third spaces offer an invitation to rethink the concepts, foundations and boundaries of states and identity formation. They represent tentative alternative locations of community, identities, economic, social and political (in)security that exists alongside, across and in competition with states. This makes scenario building for southern Africa’s future outlook an interesting project.

Posted by ajohnstone at 5:14 AM