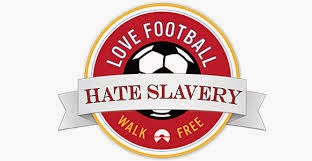 The world’s youth are not only captivated by the performances of the players who adorn their television screens, they are also made aware of the wealth and lifestyles associated with professional football. The idea that a career in football is a viable livelihood strategy capable of lifting an individual and their family out of poverty has among young, poorly-educated males from low-income families.

In Ghana football academies have been accused of exploiting talent and promoting trafficking in search of profit. Football administrators, academics and human rights activists have recently drawn attention to some unsavoury activities taking place in West African football academies. Analysts are concerned that the academy system has become a vehicle for neo-colonial exploitation that fuels human trafficking. They argue that European clubs and speculators take ownership or executive control of African-based academies to sidestep certain regulations, such as the ban on the international transfer of minors, in order to sign African talent at an early age and then profit from their subsequent sale to rich, typically European, clubs. Some commentators, including FIFA President Sepp Blatter, have gone as far as to label this situation a modern day slave trade. Meanwhile UEFA President Michel Platini has suggested this transfer process is tantamount to child trafficking.

In Ghana, like other parts of the world, these football academies take a variety forms. They range from well-funded establishments affiliated with professional clubs to amateur, neighbourhood teams set up on an informal basis and lacking qualified staff or proper infrastructure. Researchers have drawn attention to the transfer practices of professional teams and a handful of other high profile, corporately sponsored academies, and it is here that debates over neo-colonial exploitation tend to emerge. Less well documented are the changes taking place at smaller academies associated with amateur youth football or, as it is colloquially known in Ghana, Colts football (under 12, 14 and 17 years of age). According to the Ghanaian Football Association (GFA) regional office in Accra, approximately 700 clubs in 12 regional zones are in the national ‘Colts’ league. In Accra alone there are 240 clubs, and combined they boast a registration list of more than 20,000 players.

International transfer regulations introduced by FIFA in 2001 attempted to limit the international migration of minors by deterring rich—i.e. European—clubs from signing talented young players based in the Global South. A ruling was made stipulating that clubs involved in the training and education of players between the ages of 12 and 23 must receive financial compensation from the buying club. This compensation can range from hundreds to millions of US dollars. The 2001 FIFA regulations thus give the labour and investment spent training a youth player monetary value. This makes footballers at academies more than human resources. They are also a potential source of capital. Crucially, this financial value can only be realised when a player is transferred or sold to another club. This has resulted in intense financial speculation and increased trading of young Ghanaian players by academy owners, who are searching for a star to sell at a profit to a foreign club. This means that football academies no longer exist to merely create players for Ghanaian leagues, but are increasingly geared towards the grooming and export of players to foreign clubs.

Ghanaian youths are acutely aware that they either currently are, or eventually will become, solely responsible for ensuring their future economic wellbeing. They are also well aware that financial support in the form of state welfare is unlikely to be forthcoming. Alongside this construction of young Ghanaians as responsible for their future life chances is a widespread belief that migration, preferably to Europe, offers a solution to economic uncertainty and marginalisation. Problematically, this migratory disposition is accompanied by a realisation that obtaining a visa to enter a European country is easier said than done. It is here that a key appeal of a career in football becomes apparent. To many young Ghanaians, the rags to riches stories of the professional football player who used sport as a vehicle for migration offers a blueprint for obtaining the trappings associated with a successful life. In a context where youth are frequently encouraged to be job creators rather than job seekers, the idea that the answer to economic uncertainty resides within your own body is a particularly appealing proposition. In order to turn such ambitions into realities, entering the Ghanaian football industry and joining football clubs appear as obvious next steps. The increase in the number of youths involved in Colts football, as well as the upsurge in the number of football academies, both result from the convergence in the Ghanaian football industry of economic liberalisation with migration-based efforts at upward social mobility.

A generation of male youth are diverting their energies and attention to a profession that is unlikely to reward their devotion with the employment and social status they so desperately crave. As the Ghanaian Football Association executive Herbert Adika succinctly put it, ‘presently everybody wants to play football by force but all of us cannot be footballers’.

Posted by ajohnstone at 6:45 AM