The looting of Africa 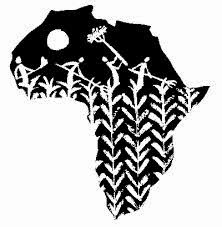 Nigeria, the Democratic Republic of the Congo (DRC), Tanzania and Ethiopia currently account for about 413 million people living below poverty line in Africa. This is about half of the continent’s population.

While acknowledging that Africa remains one of the world’s fastest growing regions in the world, it said: "In the past decade and a half, the only global region to grow consistently faster than Sub-Saharan Africa has been developing Asia. Africa’s average incomes have risen by a third." Oil, gas, and minerals, it added, have been driving much of this growth in countries such as Sierra Leone, Ghana, and Mozambique. But non-extractive sectors including agriculture have been key in countries such as Cote d’Ivoire, Rwanda, and Ethiopia.

However, too few people are benefitting from the continent’s natural resources, adding that inequality was on the upward curve.

The agricultural sector supports two thirds of all African people. "Africa could feed itself but instead it imports food worth $35 billion per year." the Report explained. "Food production in Sub-Saharan Africa is falling behind. It now exports less than Thailand." The Report further stated: "Urbanisation, hunger, and the heavy cost of food import bills mean that Africa must produce more food. Global population is set to grow from 7.2 billion to 9.6 billion by 2050. Urban populations will grow even faster. Global food demand is expected to double.

Africa has been losing an estimated 5.7 percent of its Gross Domestic Product (GDP) an equivalent of $50 billion, to illicit financial flows, which is more than the continent spends on health.